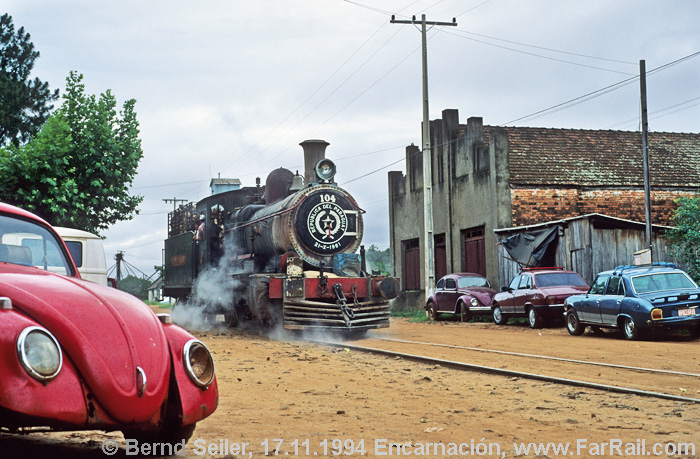 There is only one state railway left in the world which is using steam for all operations: Paraguay’s Ferrocarril Presidente Carlos Antonio López. To be accurate, since 2002 it is officially not a state railway anymore and now called “Ferrocarriles del Paraguay S.A.” (FEPASA) but there is no visible difference. A remarkable feature of this railway is that they use tropical firewood to feed their fleet of steam locos. The locomotives are mostly 2-6-0s, 4-6-0s and 2-8-0s from North British and Kerr Stuart, many of them 99 years old!

So far it’s all good news. From a more realistic perspective Paraguay’s railway is running on its last legs. After flooding (due to a dam project) the south-central part of the line it is not operable any more. What remains is the shunting operation at the former southern end, Encarnación. Freight coming from Argentina over the bridge is taken to the shunting yard and propelled to the loading/unloading area. Here the freight is loaded on to road vehicles.

The most interesting feature is the daily run through the streets of Encarnación, when the locomotive is going from the depot (another photographic highlight!) to the shunting yard. The shunting operation itself has a highlight as well. They haul a long train out of the station and passed a semaphore signal with the loco working really hard.

They have frequently used two locomotives at the same time in recent years. In the best case there can be three locomotives under steam. 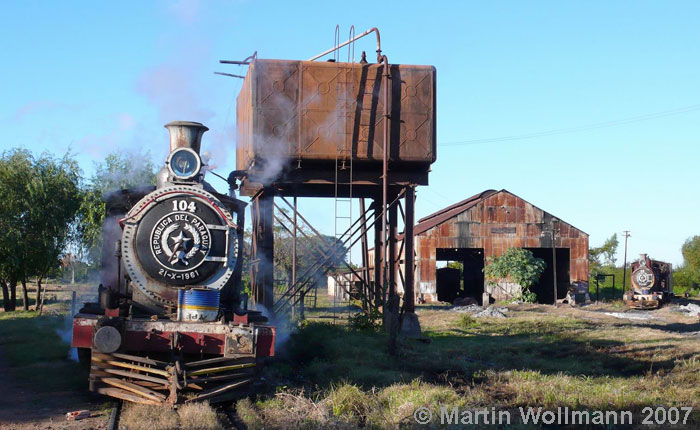 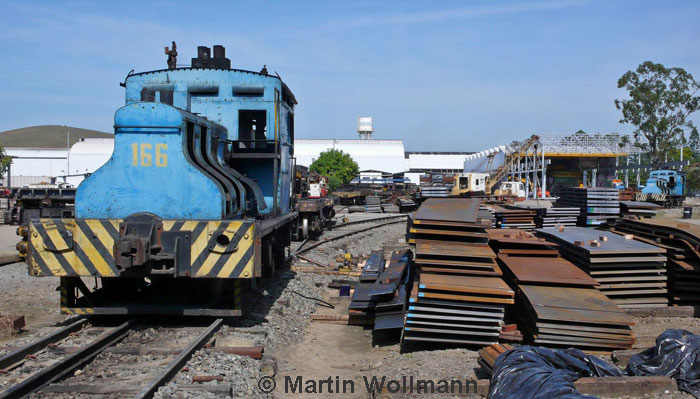 With half the speed of a pedestrian the loco pushes and pulls metal sheet and steel fabrications into the big mounting hall of the Amsted-Maxion Company  in Cruzeiro. Only one locomotive is serviceable and probably in use, the other one is dumped in the yard. Although the chances are rather good of seeing this loco in use, there might be a repair under way which would let us see this technically highly interesting locomotive only cold. 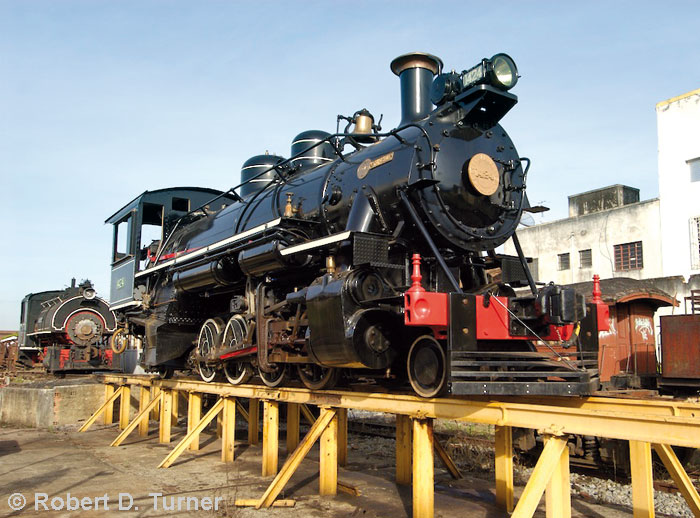 We’ll also visit the dumped steam locomotives at Cruzeiro station. If time permits, we’ll make a short visit to the park railway line in Taubaté, where two German built locomotives are serviceable – and used on their circular track sometimes.

Because using a local travel agent for this visit would make the costs rise too high, we’ll use taxis from the airport and bargain a price on the spot. Hence the taxi is not included in the tour costs and must be paid in Sao Paulo.

Regular and Charter Steam in Paraguay 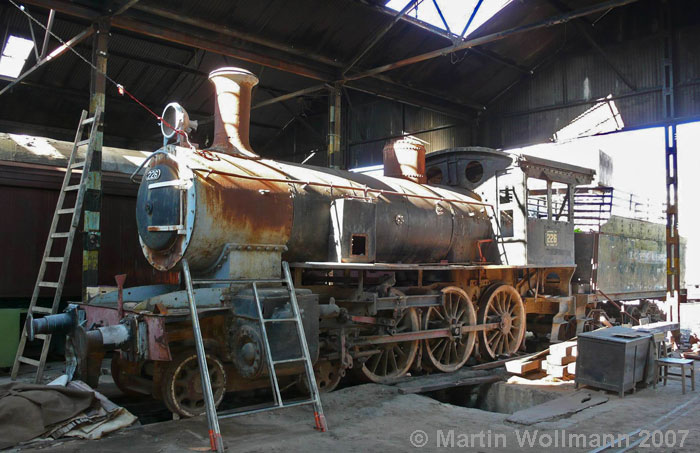 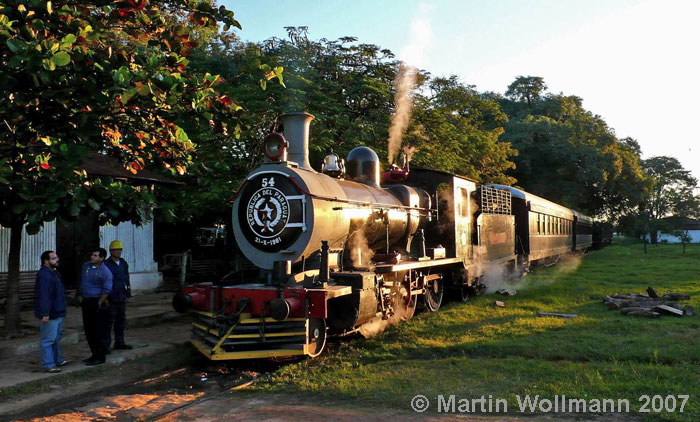 The short run from Asunción to Areguá leads through a green meadow. The rails are almost invisible. So the authentic ambiance of the railway in its last years of operation can be almost guaranteed. The line is in a very sad shape with derailments not uncommon. Our train will have a similar composition to the former regular school train with two second hand Argentinean coaches or two wooden coaches and a freight car. 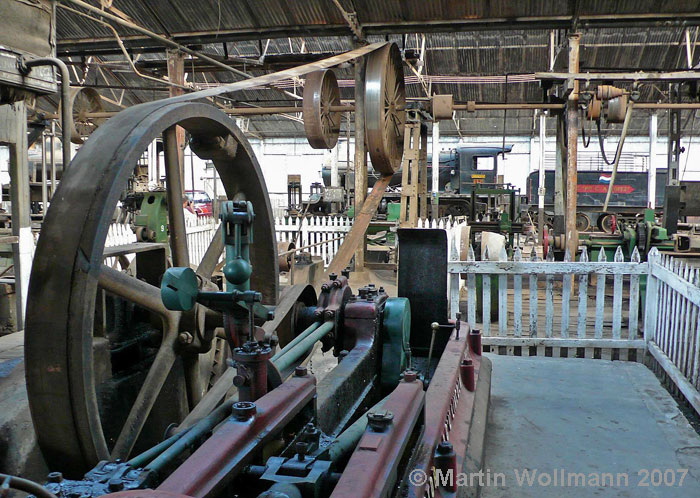 The old workshop at Sapucai is an amazing sight. This is a traditional steam workshop with a stationary steam engine, steam boilers and all machinery powered by overhead belt-drive systems. One engine is serviceable and several others are dumped or still in the workshop just as they were on the last day workers left the shop. It is a magical place for photos. The serviceable locomotive will be under steam for our group an will do some shunting movements for us as well a going on the very short bit of the remaining line, some 500 yards. If the road is impassable due to weather conditions or the locomotive not serviceable for any reason we need to cancel this arrangement without any compensation possible.

The few km long link between Encarnación depot and Empalme, the shunting yard of the railway, heads directly through the city of Encarnación. There are amazing photo and video positions, as there were 25 years ago. We’ll try to arrange a charter train here. However, arranging this via the headquarters would cost a fortune, so we’ll try to do it locally. The price is hence unknown and not part of the tour price. If you want to book the tour you need to agree to share the costs for this charter. We’re estimating some 2,000 US-Dollars for the train (so with 15 participants your share would be 133 Dollars). 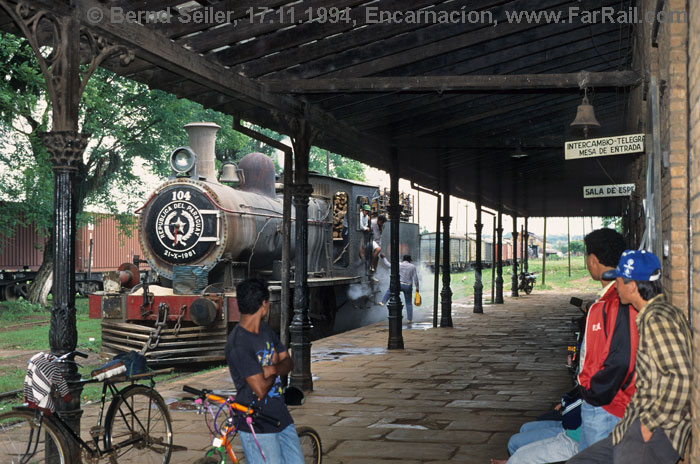 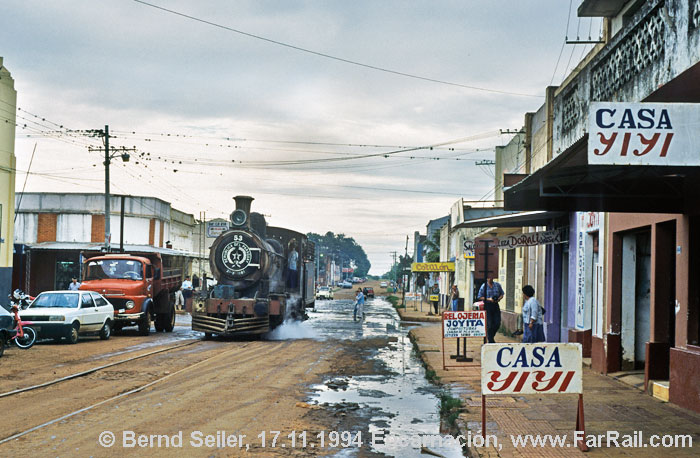 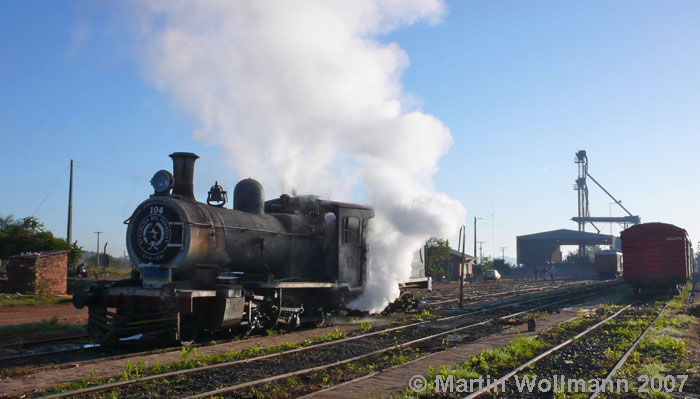 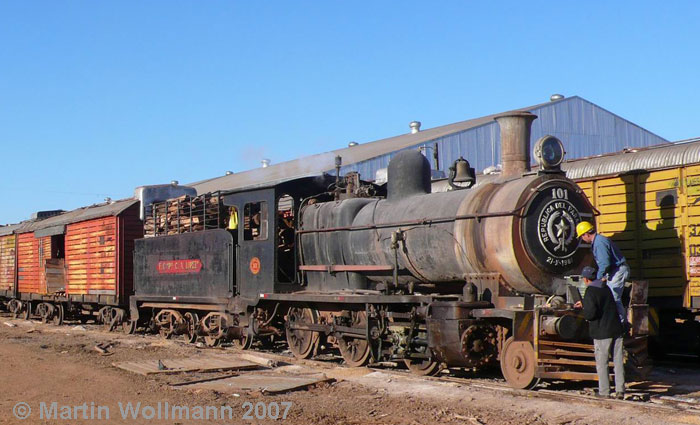 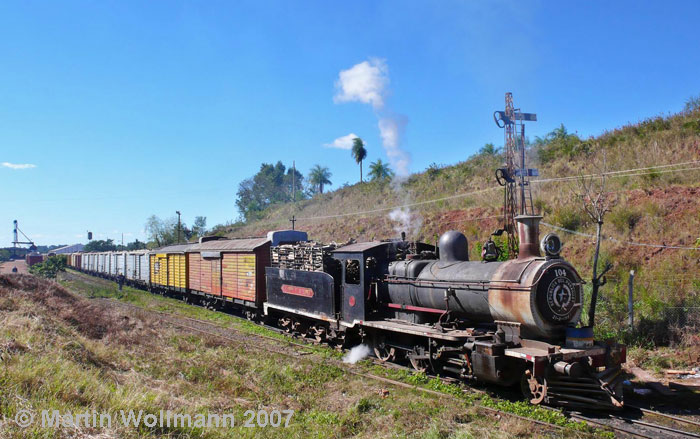 In Encarnación we’ll have enough time for a brief visit to Argentina. The railway ferry, a steam boat built in Glasgow in 1911, can be visited on the Argentinean side of the river Paraná. It’s easily accessible over the bridge (which rendered the ferry boat unemployed). EU-citizens do not need a visa for this day-trip.

Paraguay is a rather easy going country for tourists. Citizens of the EU don’t need a visa, just a valid passport (needs to be valid at least until six months after the intended departure date). Mobile phone coverage is good in the cities but poor in the countryside. They use a 220 Volts system.

Brazil doesn’t require a visa for visitors from the EU. You need a passport and a proof of your return flight. Pick pocketing is a problem in all large cities of Brazil, but we’ll avoid these cities on our tour. In Igucu life is very civilised. At the Iguacu waterfall you may charter a helicopter or a white water rafting tour if you like.

Charter buses and trains represent the standard of our host country, which may deviate from European and North American expectations.

This tour is designed for both, dedicated photographers and video filmmakers. Our philosophy is to provide opportunities to get that perfect sunrise shot rather than take a time consuming 5-star breakfast buffet. Breakfast is included in the tour price, other meals are not.

Please bear in mind that accommodation and transportation in Paraguay falls well short of EU or US safety standards. Always use common sense when crossing roads and railway tracks. The railway in Paraguay is dangerous compared to west-European standards. Do not book this tour if you expect to find a perfectly operated railway using European safety standards! FarRail Tours cannot be held responsible, and will not accept any liability whatsoever in the case of any accident or damage. We suggest you take out a comprehensive overseas accident and health insurance policy.

We can not guaranty the availability of locomotives. IN Asunción they have a spare engine, but in Sapucai they haven’t.

Later registrations will be accepted if flights and hotels are still available. If you’re not sure whether you can participate or not please announce your interest well in advance so that we can hold your place.

For a land only booking you can deduct £1,040 from the tour price.

DISCLAIMER
As a service to our UK-based clients FarRail Tours accepts and will continue to accept payments made out in Pound Sterling until further notice. However, please note that from January 28, 2009, all prices quoted in Pound Sterling are indicative only and are subject to change without prior notice. This measure was taken by FarRail Tours due to the unprecedented volatility in the international foreign exchange markets and its impact on the valuation of the Pound Sterling versus other major currencies, namely the Euro as FarRail Tours' accounting currency. 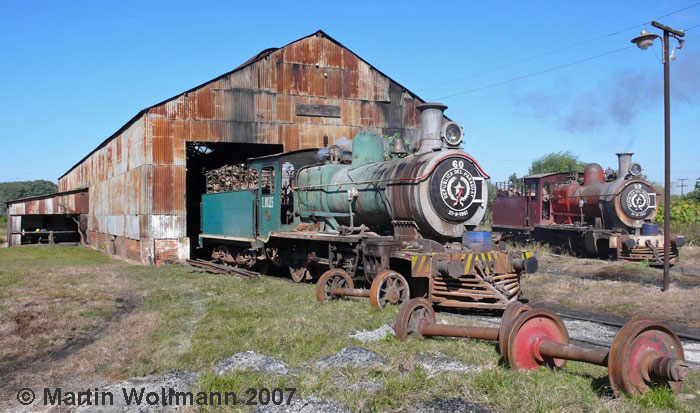